The Founders Award is presented by the Board of Directors of Lakeside Pride periodically to recognize the contributions of deserving members not only to the organization, but to the LGBTQ community in Chicago and across the country as well. Recipients are recognized for their dedication to our organization's mission, their leadership, and their continuing support that spans many years of service.

If I think back over my time with Lakeside Pride, it seems pretty unbelievable. I joined the Fall of 2014 and was elected Chair of the Board just six months later. Over the course of the next four years I was inspired by how the members of the organization supported and engaged with the Board, rallied behind a common vision, and took it upon themselves to make Lakeside Pride the most welcoming and safe place for all Chicago musicians.

Although I had to move away from Chicago, Lakeside Pride still fills my heart with joy. My husband and I made so many friends through the organization, I performed at some truly incredible concerts, and always felt like I was part of something that was spreading love and acceptance through the universal language of music. I was honored to be presented the Founders Award at the 2nd annual Gala, and I look forward to keeping Lakeside Pride a part of my life!

When I joined Lakeside Pride as the conductor of the Symphonic Band in 2008, I had no idea what I was doing…and sometimes I still don’t! I’m thankful and fortunate that the Board and membership had faith enough in me at the time to give me a chance to lead the band, and I’ve loved it ever since. As a middle/high school band director, I appreciate every chance I get to rehearse with this group of talented adult musicians. I’m so proud of what Lakeside has become, and I’m excited to see what the future has in store!

When I joined Lakeside Pride in 2008, I was looking for a place to continue playing my trombone after college even though I wasn’t a professional musician. I had no idea it would turn into my life’s passion. Over the last ten years, I have been marching band uniform coordinator, trombone section leader, chamber ensembles coordinator, and finally Member Resources Officer. It is an honor beyond compare to represent Lakeside’s massive and growing membership and make sure that everyone gets the same warm feeling of family from the organization. We mean a lot of things to a lot of people, but that word truly says it all: family. Thanks to Lakeside Pride, I have gained valuable life and professional experience, as well as gained literally hundreds of new close friends and contributed to one of the best non profits I have ever experienced. Keep leading the sound of progress! 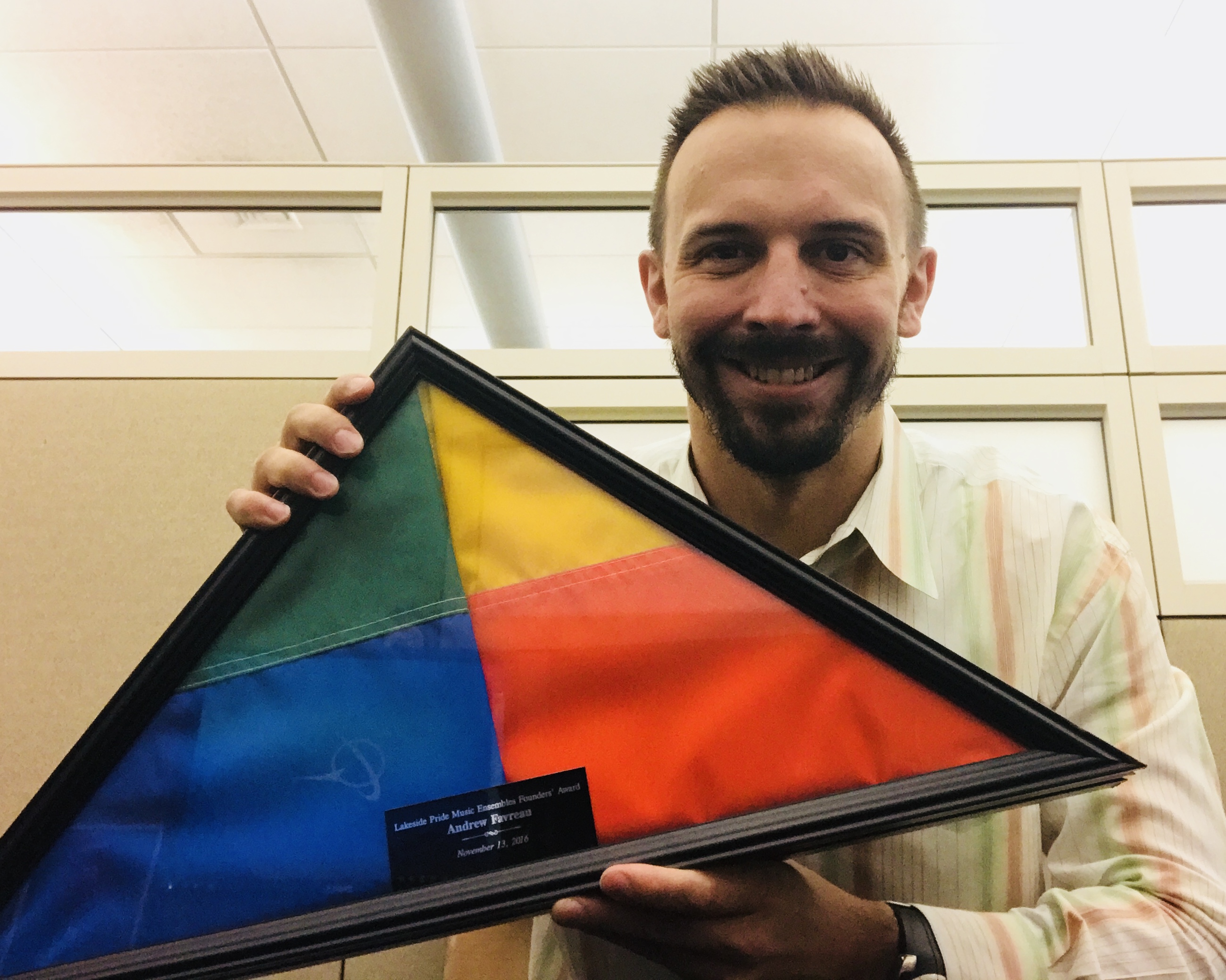 When I became Board Chair for Lakeside Pride in 2010, I had the opportunity to lead a group of dedicated board members who all saw the potential for the organization to grow and expand. During my time on the board, we reclaimed our history, built a new foundation for the organization, and established a three year vision with goals – all of which we achieved together. It was a very special moment in the history of the organization for all of us.

I’m very proud of my contributions to the organization. The ones that mean the most to me include: Leading the 2013/4 marching band uniform campaign; Securing “Orange is the New Black” star Lea DeLaria for the 2014 Women in Music Concert and managing the event; Releasing the live recording of the 2013 Lakeside Pride Symphonic Band Equality Concert on iTunes; Coordinating Lakeside Pride’s involvement in the Original Motion Picture Soundtrack for the Full-Length Feature Film Scrooge & Marley (2012); Researching our history and coordinating our application for Lakeside Pride’s 2011 induction into the Chicago Gay and Lesbian Hall of Fame; and building a comprehensive, three-year integrated marketing campaign with media donations valued at approximately $100K. 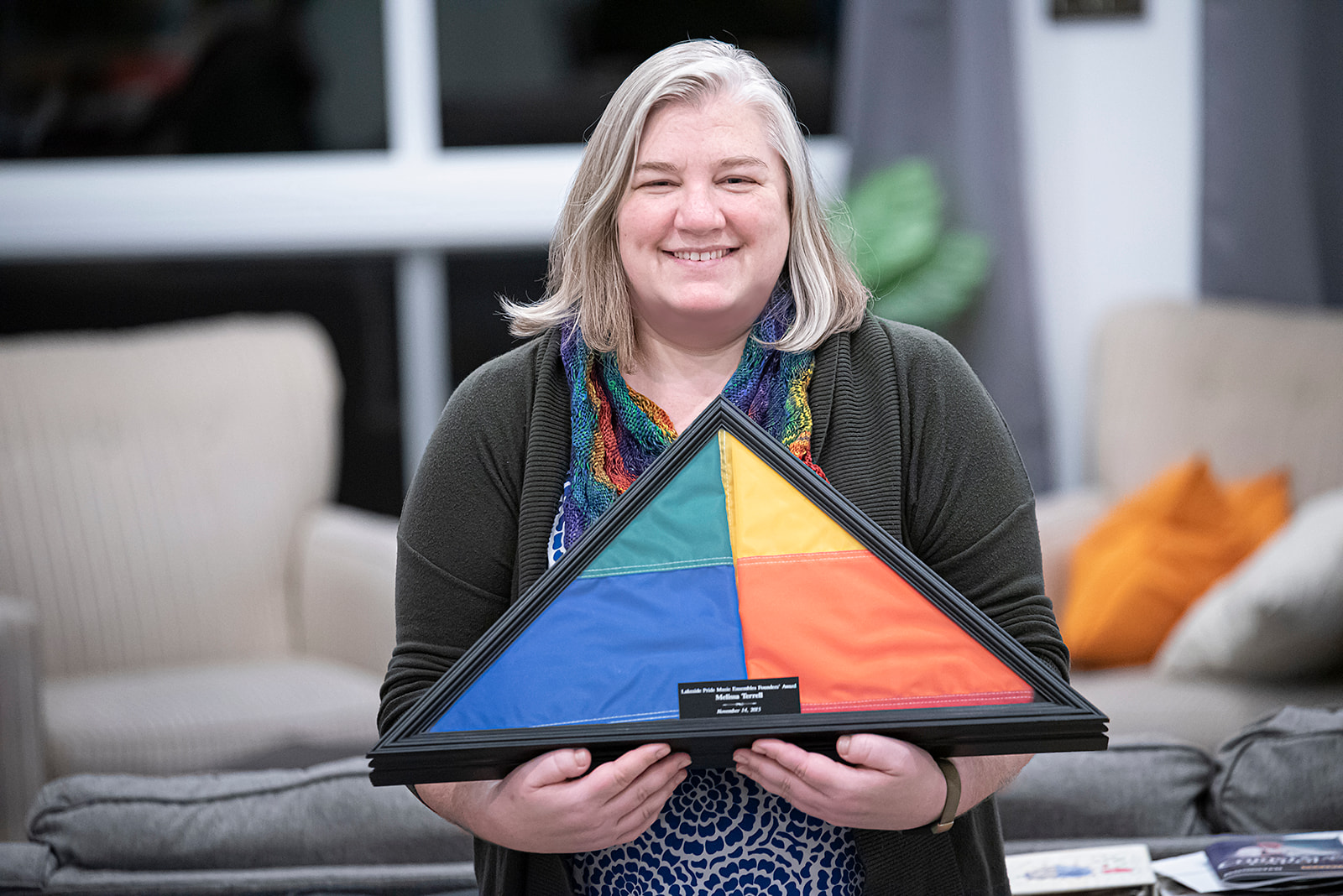 I was just looking for a place to play my trumpet in 2005 when I found Lakeside Pride. I had no idea how much this organization would shape my life. The people I have met and the experiences I have had, made me who I am today. This organization saves my sanity over and over. Music is my therapy. Lakeside Pride is my home. 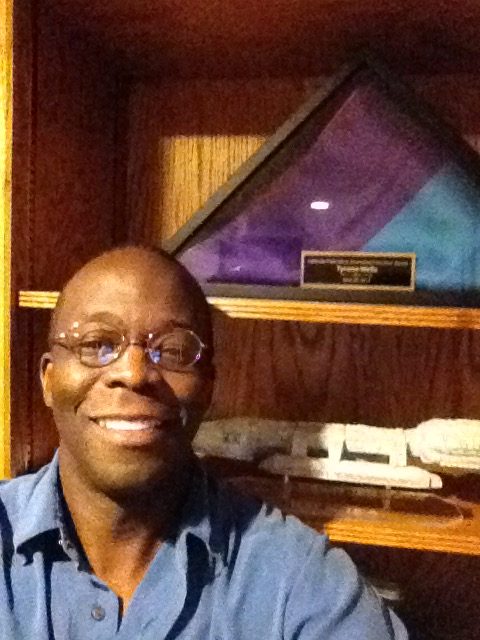 When I joined the group in 1999 I had no idea it would grow into the amazing organization it is now. We practically started from scratch with everything; beginning with creating a staff for the marching, jazz, and symphonic band back then. I was actually the very first Marching Band Director and I remember we had a variety of staff meetings all over Chicago and even the suburbs to make sure things would happen and get done. What I remember most is everyone wearing so many different “hats” and having fun while doing it. We laughed a LOT, enjoyed each other’s company and did our best to reach out to the LGBTQ community to make all feel welcome. It was a wonderful time that I will always remember and cherish. 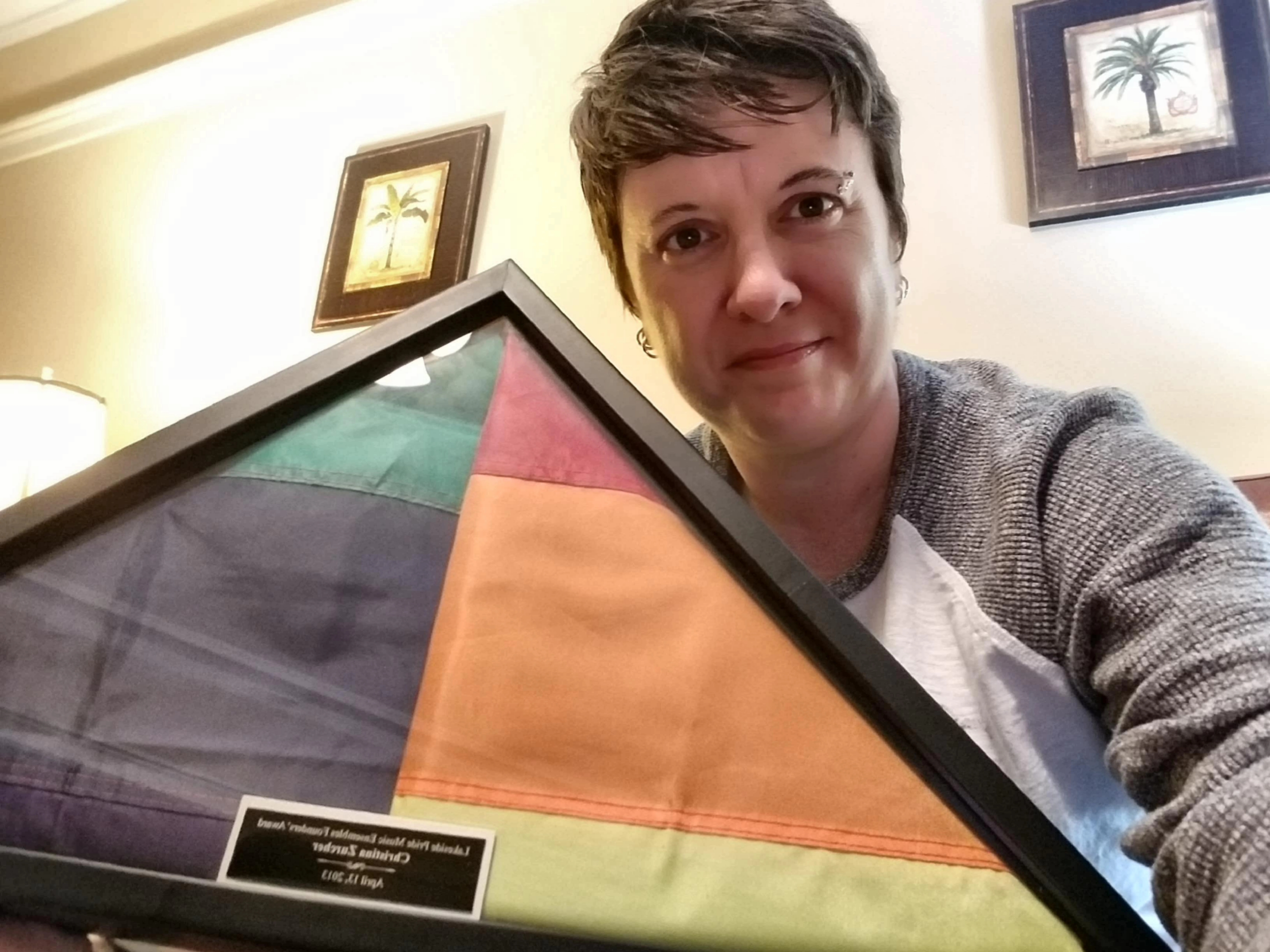 I joined Lakeside Pride after I saw them in the Pride Parade, but not right away. I had back surgery that year, so couldn’t join after I sent in my online inquiry. About a year later, I got a call from one Rhonda Tullis, inviting me to check out the band and so I did. After playing in the marching and symphonic band for one year (2004), the marching band director retired, and someone…I honestly don’t remember who, asked me to consider applying for the marching band director position. Ten years later(2015), I too retired as director of the Freedom Band. I saw the band grow from 20 to 70 at Pride, change our colors, get new equipment, and ultimately choose our beautiful new uniforms. But the most important thing about Lakeside Pride for me will always be the people in it. Most of my best friends I met due to band. We’ve suffered, triumphed, marched, sweat, froze, laughed and cried together in the years I’ve been fortunate enough to be a part of this group. We are family. 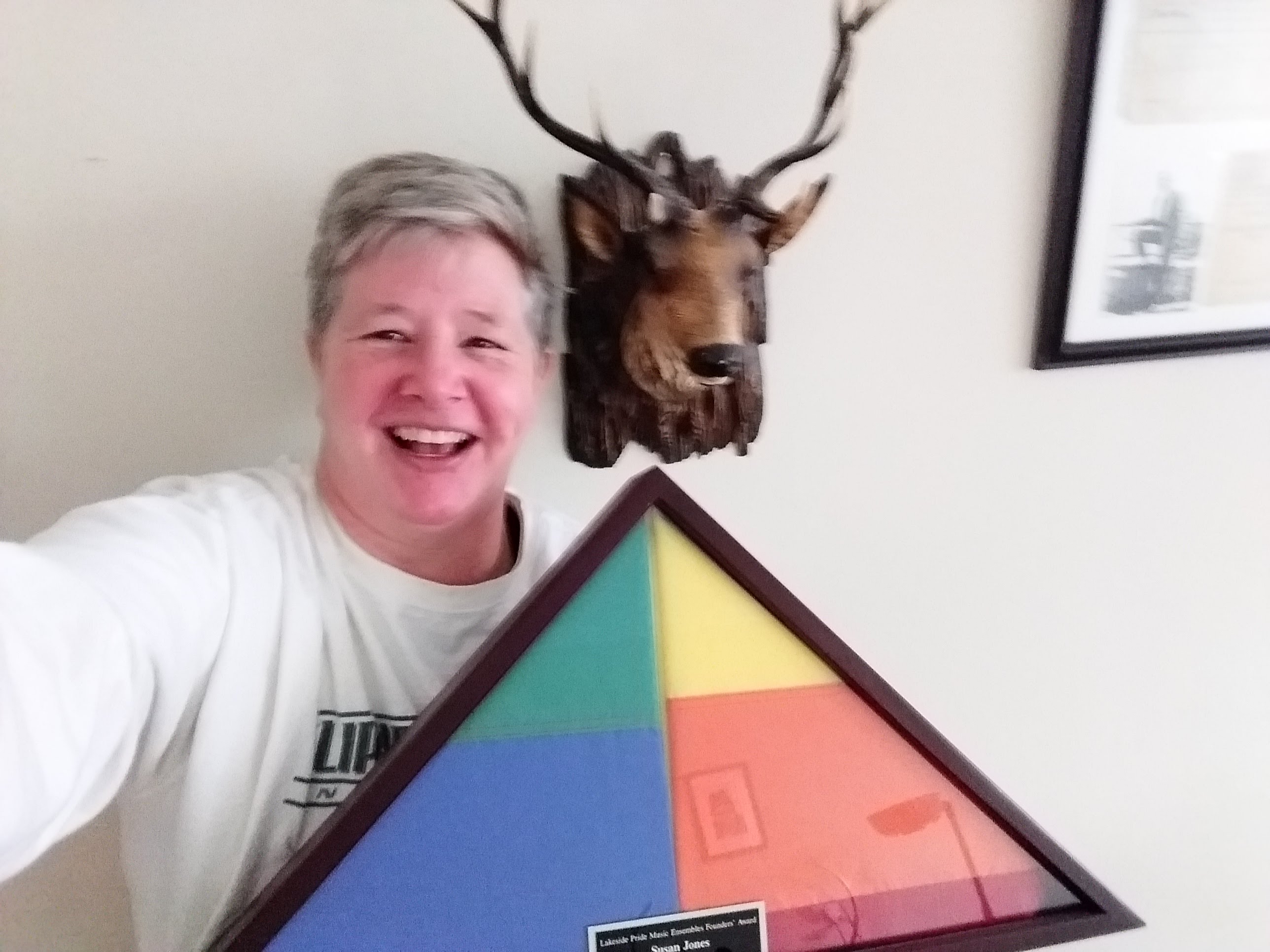 When I volunteered to become “assets manager” for the band, I was handed a half sheet of paper that listed our inventory. It took all eight years as a member at large on the board to create a 24 sheet inventory, toss stuff we didn’t use (VCRs, really?), donate stuff to other bands and create storage for what we did have.

Other highlights include giving the support van for Pride a grass skirt and coconut bra, building a 9 foot tall Stonewall sign for a jazz concert and a five foot diameter birthday cake for the 15th anniversary of Lakeside Pride. Oh, and a big trumpet. And sousa covers. And jazz cabaret tables. And ... stuff.

The Spotlight award is presented by the Board of Directors in recognition of community members that support Lakeside Pride and do good work for the LGBTQ community.

Greg Harris was elected to the Illinois General Assembly in 2006 and is Majority Leader of the House of Representatives. Harris serves as State Representative for the 13th District which includes parts of Uptown, Ravenswood, Lincoln Square, North Center, West Ridge and Bowmanville. Harris is a gay elected official in the State of Illinois, who is also openly living with HIV, and is the first openly gay person in Illinois to become a member of Legislative Leadership. He is Chairman of the Rules Committee, and serves on the Appropriation–Human Services Committee and Wages and Rates Subcommittee. He is a member of the Illinois Juvenile Justice Leadership Council and the joint Legislative Health Insurance Exchange Committee. He also serves as chairman on the Violence Prevention Task Force and is a member of the Racial and Ethnic Impact Research Task Force, the Quality of Life Board and the House Task Force on Sexual Discrimination and Harassment. 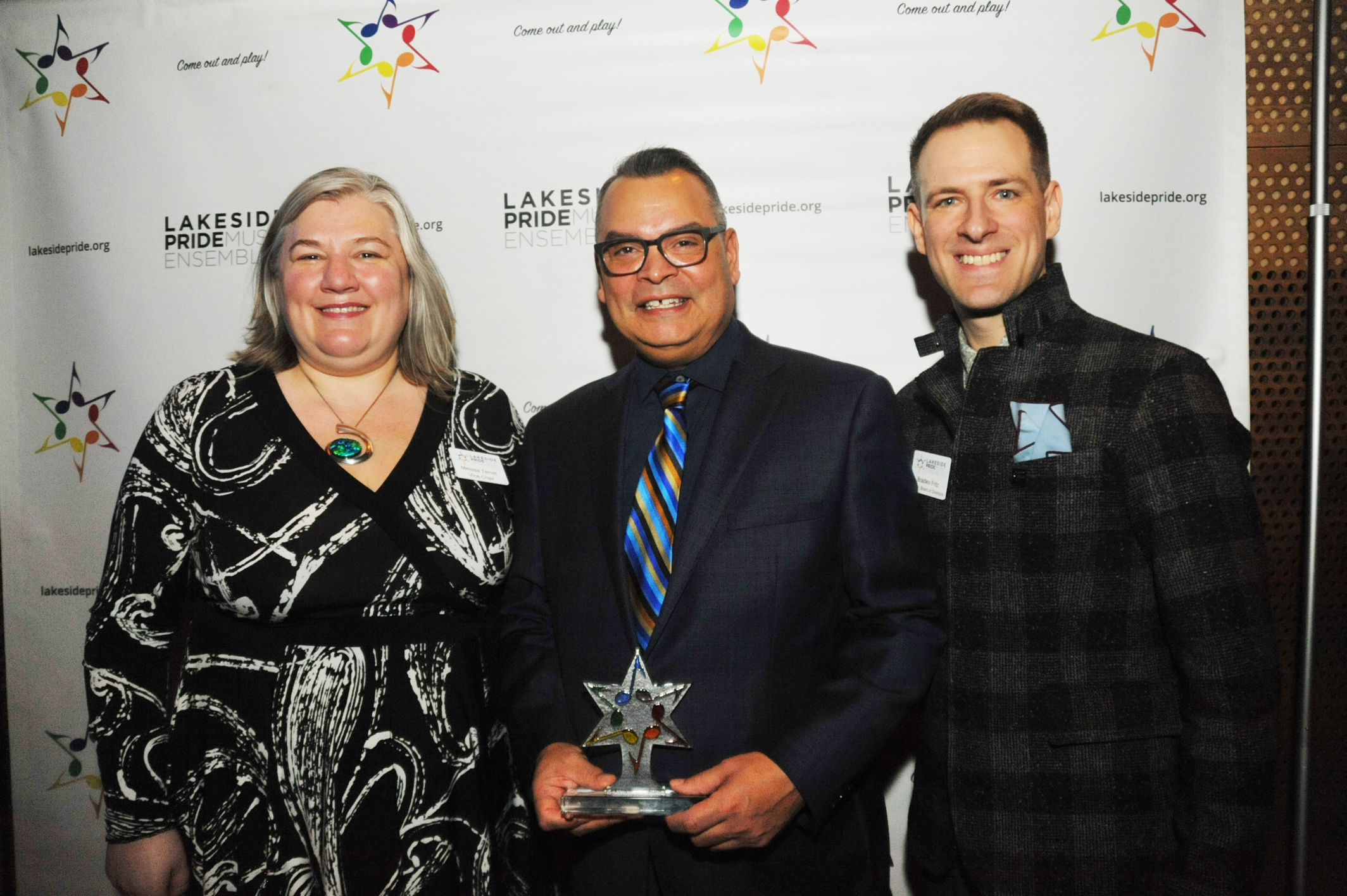 Modesto Tico Valle is the Chief Executive Officer of Center on Halsted, the most comprehensive community center in the Midwest dedicated to advancing community and securing the health and well-being of the lesbian, gay, bisexual, transgender and queer (LGBTQ) community in Chicago.

A native of Chicago, Valle is a longtime community activist and organizer. He founded the Chicago Chapter NAMES Project AIDS Memorial Quilt in 1990 and was instrumental in bringing the AIDS Memorial Quilt to the National Mall in 1996. He has served as both a volunteer and staff member at a number of Chicago-area non-profits including Chicago House, Test Positive Awareness Network and Open Hand Chicago, where he served as the organization’s first Volunteer Services Director.

Valle was named CEO of Center on Halsted in 2007, where he oversaw the opening of the 175,000 square foot community center. Since taking the helm, Center on Halsted has grown into a full-fledged community center with an annual operating budget of more than $7 million. Under his leadership, more than 1,400 community members visit the Center every day. Patrons participate in the wide variety of programs and services offered ranging from the arts, volleyball, cooking classes and yoga to HIV testing, group therapy and job training. Valle was instrumental in bringing several landmark efforts to the Center, such as the first LGBTQ-friendly affordable housing project for seniors and the nation’s first LGBT clinical psychology internship with Northwestern University. In the spring of 2016, Valle lead the launch of the Center’s Youth Housing Initiative, as well as the fall 2017 launch of the Get to Zero campaign.

Valle attended DePaul University and Notre Dame’s Seminary School. In addition, he holds certificates in nonprofit management from Harvard Business School and Northwestern University’s Kellogg School of Management. He was recently appointed to the CenterLink Board of Directors and has served on the board of the NAMES Project Foundation, Equality Education Project, City of Chicago LGBT Health Council, Illinois Violence Prevention Authority Board, City of Chicago Employment Task Force, Welcoming Committee NATO, Illinois HIV/AIDS Advisory Council, Board Member of Horizons Community Services and the Chicago Children’s Choir. In recognition of his work, Valle has been named Chicagoan of the Year by Chicago Magazine, inducted into the Chicago Gay and Lesbian Hall of Fame, honored by the national NAMES Project Foundation and the Norman Bobins Leadership Award and he received a Red Ribbon Leadership Award from the State of Illinois.